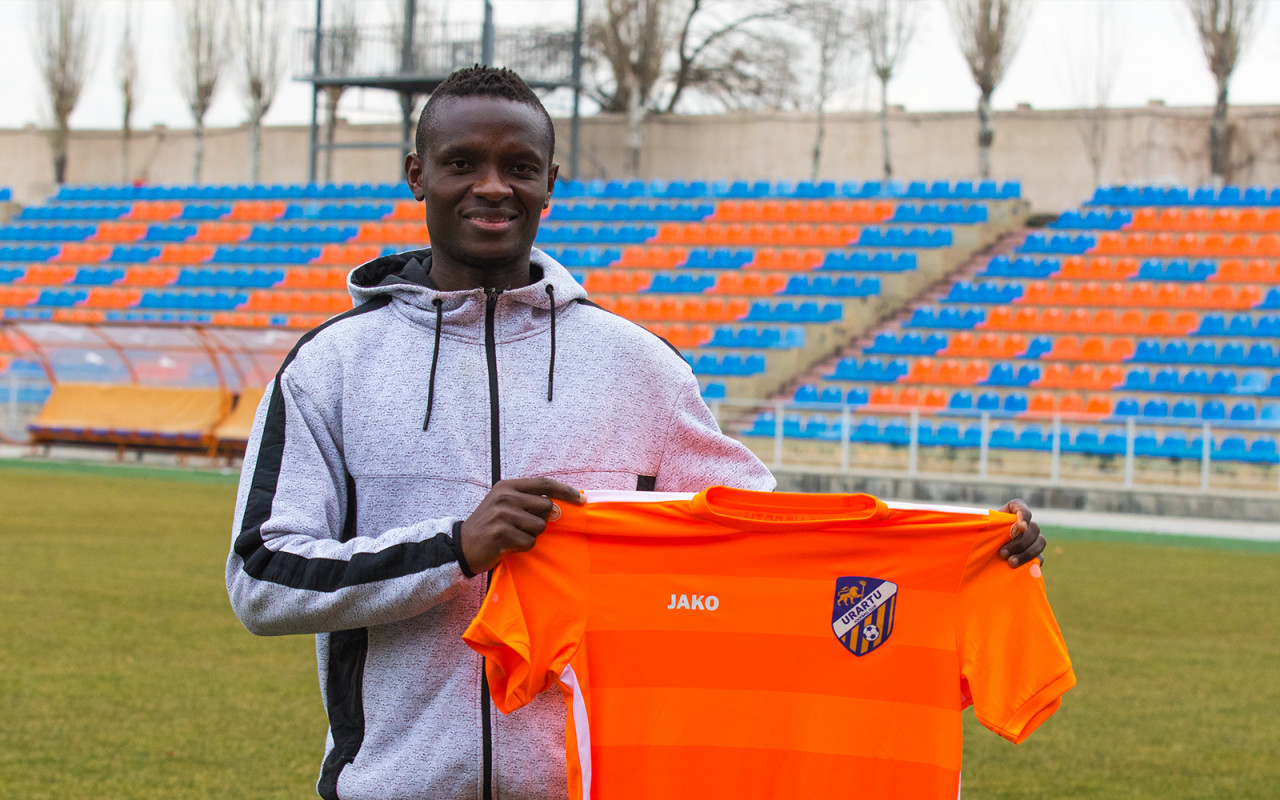 We are happy to announce that Urartu Football Club has a new signing. The club has signed a contract with Rwandan defender Salomon Nirisarike.

The 27-year-old defender has played for the Belgian clubs Royal Antwerp FC, Sint-Truidense VV and AFC Tubize. Then he played for Pyunik Yerevan, where he spent 1,5 seasons. The defender played 21 official matches for Pyunik FC and scored 1 goal.

After moving to Urartu FC, the defender shared his first impressions:

"Urartu FC is a good team, with big ambitions. The club aims to win the Armenian championship. The coaching staff, players- everyone is at a fairly high level. In short, everything is very good here. For the last two years I have been at Pyunik FC, I have played against Urartu FC, and I have always had good impressions of this team. My goal is to be as useful as possible to this team."

We'd like to add that Salomon Nirisarike in Urartu FC will play under number 18.